Role of Lawyers and Law Firms in Combatting Money Laundering 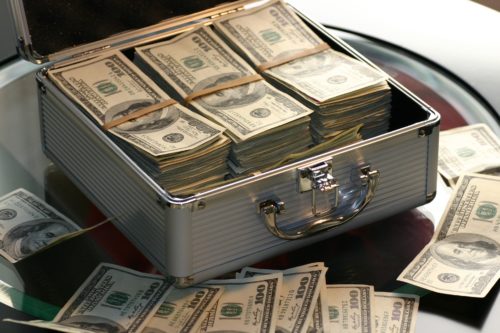 Posted at 09:46h in Uncategorized by Sultan Al Ghafri
Share

Role of Lawyers and Law Firms in Combatting Money Laundering

Money Laundering is defined as the process by which criminal proceeds are cleaned to disguise their illegal sources. to such effect is money laundering a global endemic that is affecting the world economy. The United Nations Office on Drugs and Crime (UNODC) conducted a study to determine the magnitude of illicit funds generated by drug trafficking and organised crimes and to investigate to what extent these funds are laundered.  The report estimates that in 2009, criminal proceeds amounted to 3.6% of global GDP, with 2.7% (or USD 1.6 trillion) being laundered.[1]

Its importance lies in the allowance of criminals to ‘enjoy’ proceeds of illicit, criminal activity without suffering the repercussions or the scrutiny legal funds pass through. Lawyers become involved as they are a prime target to facilitate the laundering or sanitization of the criminal funds. The involvement of Lawyers in money-laundering would create an ethical/moral dilemma for the practitioner. On one hand, the client’s interest has to be represented – who is an actual or alleged perpetrator – On the other, this representation must be achieved with the framework of legality.[2] Reflections on attorney-client privilege, representation, ill advice and criminal defense are all put into consideration when determining the role legal practitioners have in facilitating money laundering and eventually mitigating it.

The Sultanate of Oman is no different to global economies, combatting Money Laundering in practice by the means of legislation resulting penultimately in the Anti Money Laundry and Terrorist Financing Law promulgated by Royal Decree 30/2016.

As an addressee to the law, and with specific stipulations to the duties, responsibilities and penalties for non-compliance, law firms and lawyers are heavily involved in this subject.

Definition of Money Laundering in the Omani Law considered that:

“i) Exchange, transfer, or move funds, carry out any transactions with the proceeds of crime while being consciously aware they are obtained directly or indirectly from a crime, or any other act that constitutes a participation in a crime in order to whitewash or conceal the nature and source of these proceeds, help any accomplice(s) in a crime, hinder the exposure of a person who has committed the crime from which the proceeds have been obtained, or help a person escape the legal penalty fixed for his acts.

ii) Whitewash or conceal the nature, source, location, movement and ownership of the proceeds of crime and the related or resulting rights while being consciously aware that they are obtained directly or indirectly from a crime, or any other act that constitutes a participation in a crime.

iii) Acquiring, owning, receiving, managing, investing, guaranteeing, or using the proceeds of crime, holding or keeping the same while being consciously aware that they are obtained directly or indirectly from a crime, or any other act that constitutes a participation in a crime.”

Furthermore, the law stipulated in Article (4) that Lawyers, Accountants, Auditors and Notary Public Officials are listed as non-financial professions that have responsibilities to inform, file and register any red herrings according to the above-mentioned definition. This is expanded in the Law to include the following activities

This is relevant when Lawyers and/or Law Firms unbeknownst (or not) establish on behalf of their clients/customers companies that its main purpose of existence is the attempt to legalise illegal funds.

The Law required ‘Relevant Entities’ – of which Law Firms are a main constituent – to perform regular Anti-Money Laundering checks in order to limit the influx of illegal funds into the Sultanate. Articles 33 and 34 of the Law required relevant entities to assess the money laundering risks in their entities and implement due diligence processes to combat money laundering. They should also make available to supervisory bodies the plans, processes, implementations, documents and files related to potential illegal or high-risk transactions.

Furthermore, Article 90 stipulates in relation to Law Firms “A legal person the responsibility of which has been proven in a crime of money laundering or terrorism financing shall be punishable with a fine of not less than RO 100,000 and not exceeding the equivalent value of funds subject of the offence. The Court may in addition order to suspend its commercial activities permanently or temporarily, close down its headquarter used for the perpetration of the crime, liquidate the business or place it under judicial supervision to manage its funds. The final decree of conviction shall be published through the means of publication.”

In conclusion, Lawyers and Law Firms have by default an essential role in the effort to combat Money Laundering, in their line of work, Lawyers may face several instances of potential high-risk transactions, either via the illegal transactions governed through the Law Firm or through the establishment of shell companies. Both of which are illegal and punishable by the Law. Lawyers and Law Firms have a great burden on their shoulders, as monies pass through them, it is their role to maintain a vigilant eye and a diligent process to avoid illegal funds slipping in between.